A Helpful Guide to Spiders in North Carolina - Learn More

Did you know that the majority of spiders in North Carolina are harmless to humans and that they regulate the insect population? If spiders didn’t exist, our food supply would be in danger.

However, it’s still annoying to have spiders as unwanted guests in your home!

Do you want to learn about the different types of common spiders found in North Carolina? Here, we’re listing some spiders in North Carolina you may have seen creeping and crawling around your home or yard.

One of the most well-known spiders in North Carolina is the wolf spider. They are practically anywhere and in any type of habitat. They are frequently observed when turning over rocks or logs.

It’s interesting to note that Wolf Spiders don’t use webs to capture prey. Instead, they watch for passing insects before chasing them down. Some wolf spiders may dig a burrow and wait inside while they await prey to pass by. The majority of wolf spiders are nomadic and always live and hunt alone.

Wolf Spiders are among the arachnids with the best vision. They have retroreflective tissue in their eyes that glows when you shine a light in their direction. When threatened, wolf spiders will bite, though not necessarily with venom. They are, therefore, not regarded as dangerous to people. The few indications of a bite may include slight pain, swelling, and itching. 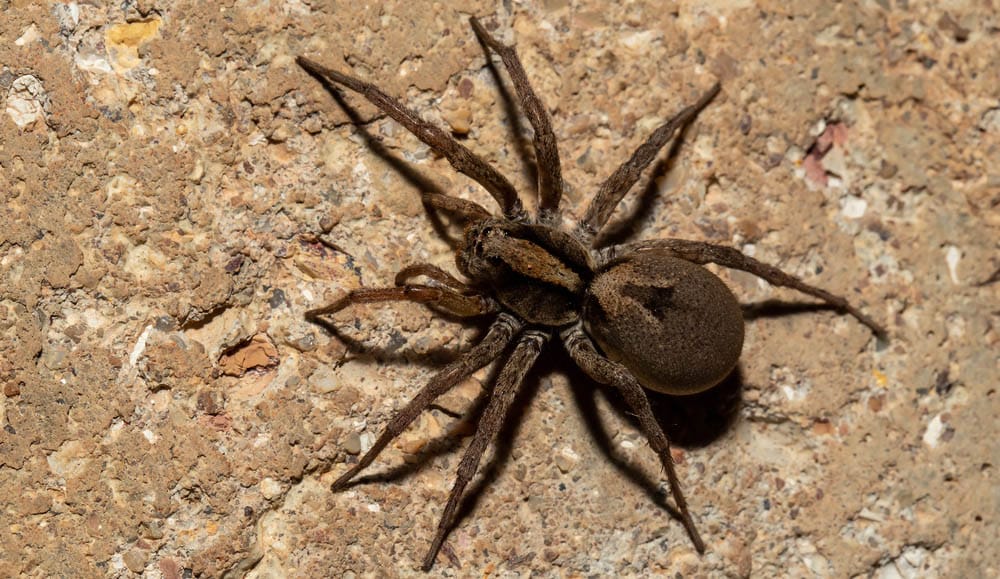 In North Carolina, homes and other structures are frequently infested with these long, slender, and fragile arachnids.

When their web gets touched or has entangled prey, cellar spiders take an exciting action. They begin vibrating quickly, which is why they are “vibrating spiders.” They engage in this action to avoid being seen by predators or to improve their chances of catching a bug that stroked their web, which would further entangle their victim.

It is advantageous to have cellar spiders in North Carolina around because they hunt down and eliminate deadly spiders that cause other issues in the home.

Did you know that the most poisonous spider in North Carolina is the notorious black widow?

These creepy spiders are also most likely the most well-known and identifiable spiders worldwide. The red mark in the shape of an hourglass that appears on the females is recognizable by almost everyone.

They are not aggressive animals despite having venom that is 15 times more potent than a rattlesnake and extremely lethal. The black widow hardly ever bites humans and only bites in self-defense if her web is disturbed. 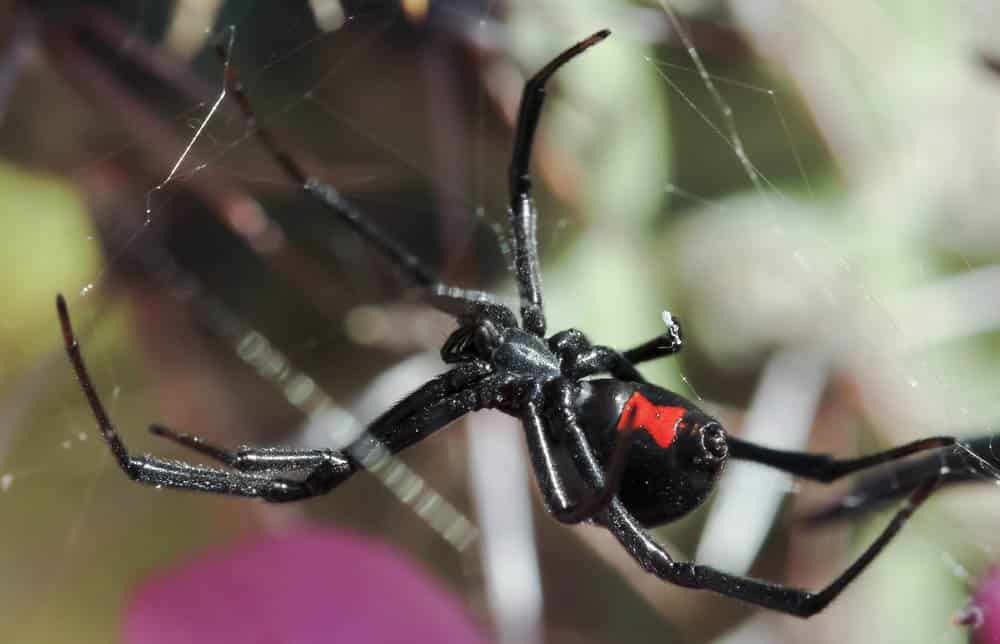 A medium-sized spider known as a trapdoor spider builds cork-like trapdoors for their burrows out of the soil, vegetation, and silk.

Unlike most spiders in North Carolina, trapdoor spiders don’t build webs. Instead, they create buried silk-covered tunnels and, to seal their entrance, install a hinged door.

Trapdoor spiders run quickly and have two huge fangs for capturing prey. This means the victim is in serious peril once close to the tunnel because the Trapdoor Spider will catch it. Trapdoor spiders are not hostile and typically flee underground before any humans approach them. When a bite does happen, it usually just causes minimal discomfort and poses no danger.

Another of the poisonous spiders in North Carolina is the Brown Recluse. They can be found indoors and outdoors, and are so common in houses and other structures that you can’t escape them! They love poorly lit spots such as closets, untidy rooms, dark cellar nooks, or even inside your shoe or bed!

Fortunately, brown recluse spiders only attack you when provoked, and bites are extremely rare. Unfortunately, because they reside indoors, bites frequently happen when you unintentionally roll or stomp on them while asleep or walking around the house.

Since the bite is painless, you might not even immediately notice one bit you. In addition to rashes, nausea, fever, and slow-healing, necrotic wounds, bites can occasionally result in secondary infections. Necrosis (cell death) swiftly sets in, producing a horrifying “flesh-rotting” wound that is extremely painful.

In North Carolina, giant lichen orb weavers live in forests on trees covered in lichens, which is how they received part of their name. These spiders produce giant webs with a diameter of up to 8 feet.

Due to their nocturnal habits and preference for hiding during the day, mosquitoes aren’t likely to get eaten by birds or other predators.

Many people are entirely unaware that they are spiders! They are remarkably distinct from other spiders in North Carolina, thanks to their hard exoskeleton and protruding spikes.

The lifespan of Spiny-backed Orb Weavers is exceptionally brief. The eggs hatch sometime in the late winter or early spring, and the young reach full growth by late spring. The terrible thing is that they pass very soon after laying their eggs.

Now You Know These Spiders in North Carolina

While spiders can be interesting creatures in the wild, you don’t want them taking residence in your home. Most of them are harmless, but some can cause many health issues if they get the chance to bite you. Want to learn more about how to get rid of spiders and insects in North Carolina?

Click on our insect control page and get a free estimate.