Learn about Snakes | See How They Live

Learn About Snakes in North Carolina

Almost 1/3 of Americans are believed to have a crippling fear of snakes (also known as Ophidiophobia). Whether or not these fears are logical depends on several different factors – your geographic location, climate, and the number of dangerous snakes in a given area.

Whether they are venomous or not, the numbers don’t lie. Many people consider any good snake to be a dead snake – or at least a snake that isn’t near them or their property. For those folks, there are several options for snake prevention or removal rather than harming an animal that may be protected.

The key to knowing how to repel snakes is to learn about snakes. Since most of the common snakes in NC aren’t venomous, let’s look at how to prevent a snake infestation and who to call.

As mentioned above, there are six venomous snakes that are known to live within the borders of North Carolina. Many of them are found almost exclusively in or around the Blue Ridge Mountains. Here’s a quick rundown of all of the known native species, both venomous and nonvenomous.

When you learn about snakes, you’ll find the Eastern Coral Snake is extremely rare and lives mostly underground anyhow. It is considered endangered in the state of North Carolina. However, if you are worried about a coral snake infestation, there are a couple of options.

You can try to solve the problem yourself (don’t use your Granny’s method of “solving the problem” with the business end of a shovel), or you can call in pest management experts like Pest Management Systems.

Similarly, the Eastern Diamondback Rattlesnake is on the “protected” list in North Carolina. It’s not quite endangered but increasingly rare; therefore important for wildlife officials to monitor in terms of population and location.

Common Snakes in NC That Are Venomous

We’ve whittled the list of common venomous snakes down to four out of the 37 most common snakes in NC. Let’s look at their range before diving into snake prevention and other snake facts for venomous and non-venomous snakes.

Outside of the Eastern Coral Snake and the Eastern Diamondback Rattlesnake, there are four other species of snakes in NC that are venomous – Copperhead, Cottonmouth, Timber Rattlesnake, and the Pygmy Rattlesnake. Here is a brief description of both and where they hang out.

Also known colloquially as a “Water Moccasin,”  they live in swampy, shallow areas with plenty of amphibians and reptiles to snack on. Many common watersnakes fall victim to false identification simply because they inhabit wet areas. Cottonmouth snakes in NC are relatively common and are identified by their white (cotton-colored mouths and yellow tails, which attract their natural prey.

As with most wild animals and all of the snakes on this list, Cottonmouths do not actively seek out trouble. They are only dangerous when trapped, cornered, or they feel their offspring are in danger. 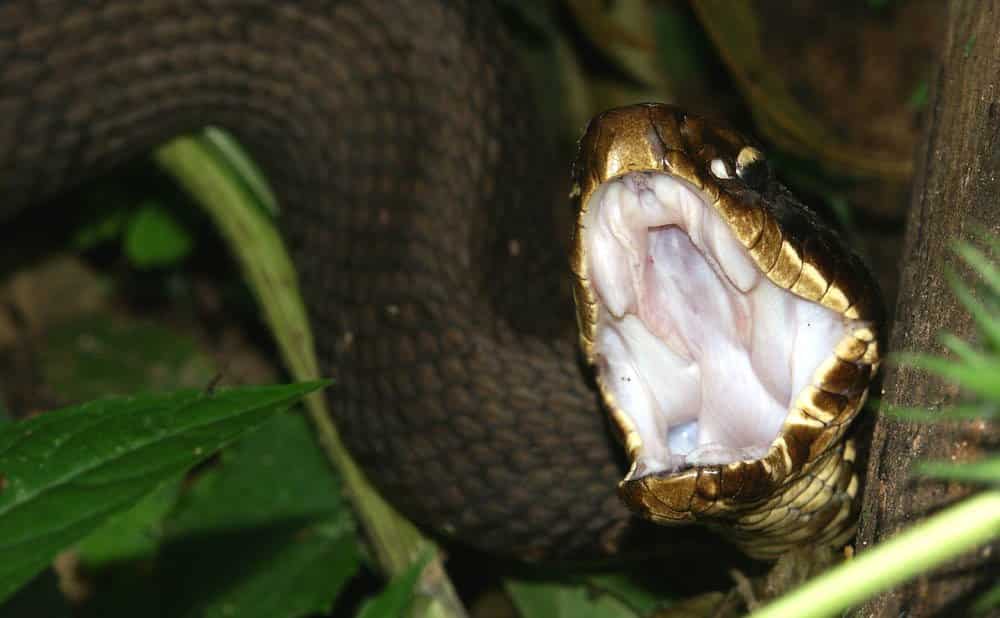 Copperheads are easy to identify, and they are arguably the single most common venomous snake in NC. Sporting a gray or light brown hourglass pattern on their back, they can be found in lowland grassy and wooded areas with light cover. 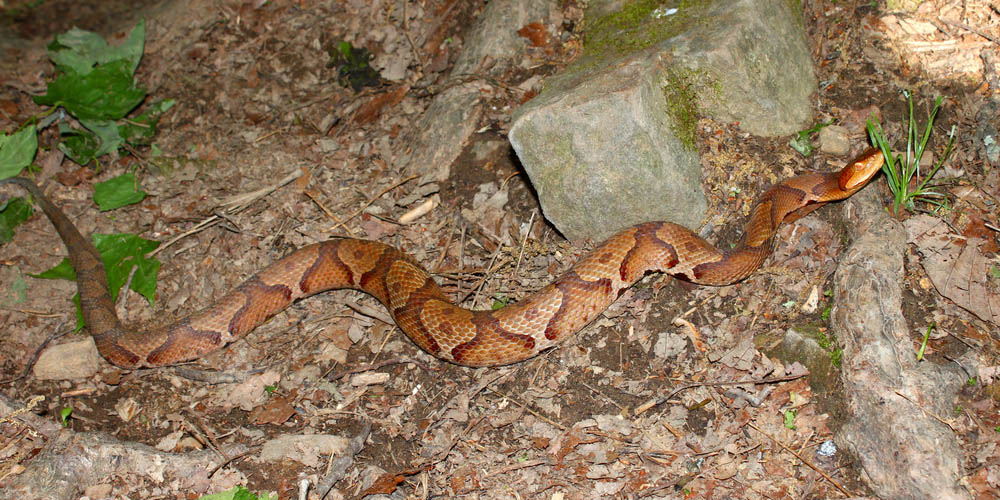 As their name would suggest, these snakes are little guys with a bunch of bark but pretty little bite. The smallest venomous snake species known to live in North America, these little fellas rarely grow to be any longer than 2′, and their venom toxicity is much lower than that of their larger cousins.

A favorite of snake-handling religious congregations, these big snakes are very common in the mountains of North Carolina. They will give you ample warning before striking, but these heavy-bodied serpents are not to be trifled with. As with all other wildlife, keep your distance and do not disturb them – they’ll return the favor. 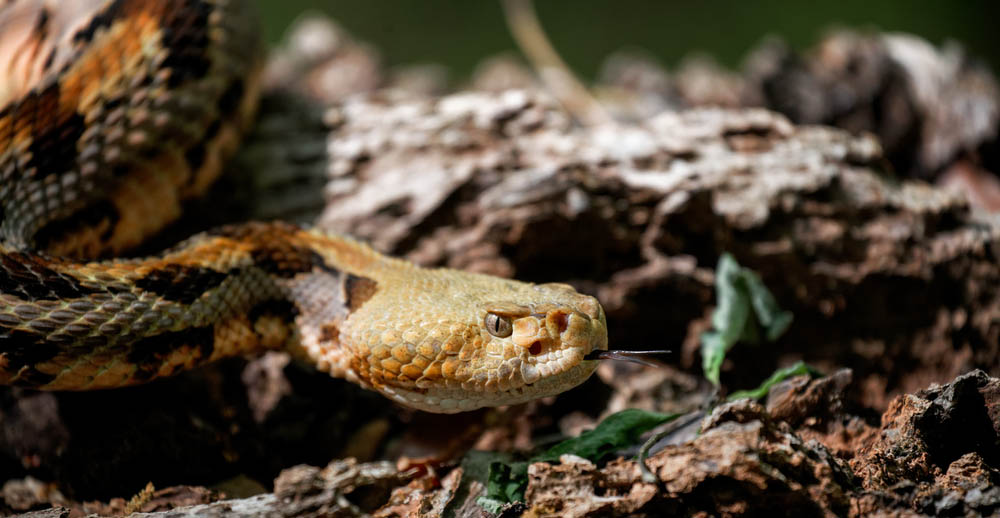 How to Keep Them Out

“Okay, that’s a neat little bunch of information,” you say. “Now, how do I keep all snakes out of my yard – and out of my house?”

The fastest way to be injured by a snake, venomous or non-venomous… or any wild animal… is to try to corner and harm it. Don’t break out the shovel; just keep reading to learn about snakes…

Live traps are a fairly reliable method of snake removal if you choose the right size and model. Bait the trap with a small dead rodent, and at the very least, you’ll catch a nuisance raccoon or other scavenger.

Clean Up Your Yard

Like most other wild animals, when you learn about snakes, you’ll find all species prefer to hide away in dark, protected areas on your property – that’s why you’re most likely to find a snake while moving wood off a wood pile! Keep your yard free of excessive debris that will attract animals of any species.

Similarly, you’ll find snakes in old, worn-down shacks, sheds, and barns. This is because there are plenty of places to hide! Keep your stuff tidy, and you’ll drastically lower the chances of encountering a snake.

If you still don’t feel like you’ve read or researched enough to learn about snakes, you can always call an expert like Pest Management Systems* if you live in North Carolina. They will not only help you with your snake removal and snake prevention needs, but they are also happy to survey your other pest management needs in the meantime.

*Disclaimer: While these steps / tips will help reduce the likelihood of a snake infestation and help you learn about snakes, there is no guaranteed way to eliminate all risks.