What Are the Health Problems Associated with Mosquitoes?

Mosquitoes are more than just a nuisance: they can carry some nasty diseases. 725 million people die from mosquito bites worldwide each year.

In this blog post, we will explore the health problems associated with mosquitoes. We will also discuss pest control methods that can help reduce the number of these pests in your area.

Working with professional pest control service providers can reduce your risk of disease by thinning the concentrations of mosquitoes on your property. 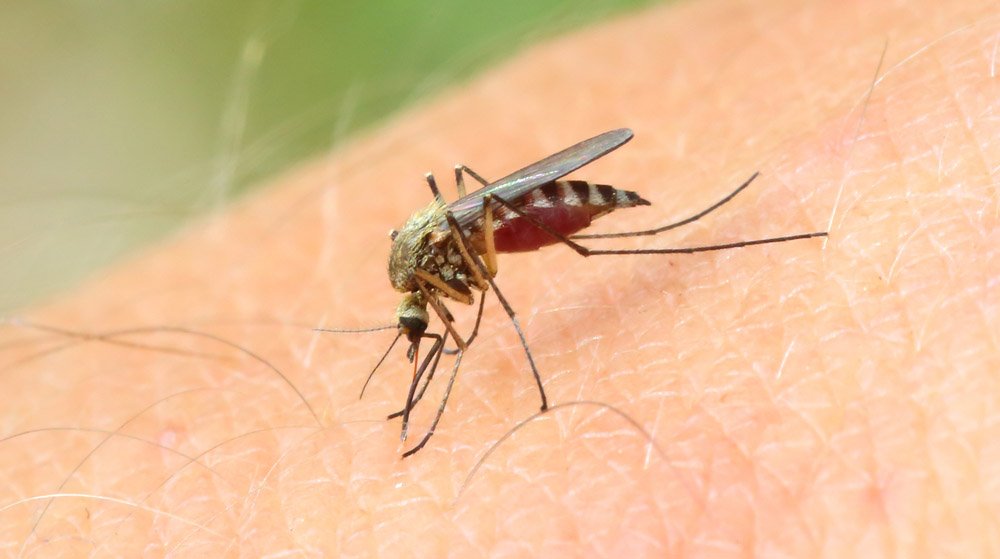 For such a small animal, mosquitoes should be taken very seriously. In fact, they are the deadliest animal on Earth and there are many health problems associated with mosquitoes. Each year, these pests kill more people than sharks, snakes, and bears combined.

We’ve listed a few of the most common diseases these pests carry below. We also take a look at the symptoms of health problems associated with mosquitoes.

The West Nile Virus is a serious health concern in the United States. According to the Centers for Disease Control and Prevention (CDC), this virus is transmitted to humans through mosquito bites. It’s one of the leading health problems associated with mosquitoes.

Symptoms of West Nile Virus include:

The West Nile Virus is the leading mosquito-borne illness in the United States, though fortunately, mortality rates are relatively low, with approximately 1 in 150 experiencing a severe, sometimes fatal, reaction.

It’s still important to be vigilant and take precautions, such as using mosquito repellent and wearing long-sleeves when outdoors, to avoid becoming infected.

Malaria is a serious health concern in many parts of the world and another of the major health problems associated with mosquitoes. According to the World Health Organization (WHO), this disease is actually caused by parasites that are transmitted to humans through mosquito bites.

Symptoms of Malaria include:

Malaria is relatively rare in the United States, with only about 2,000 cases per year.

Keep in mind that Malaria is a serious illness and if left untreated, it can be fatal. 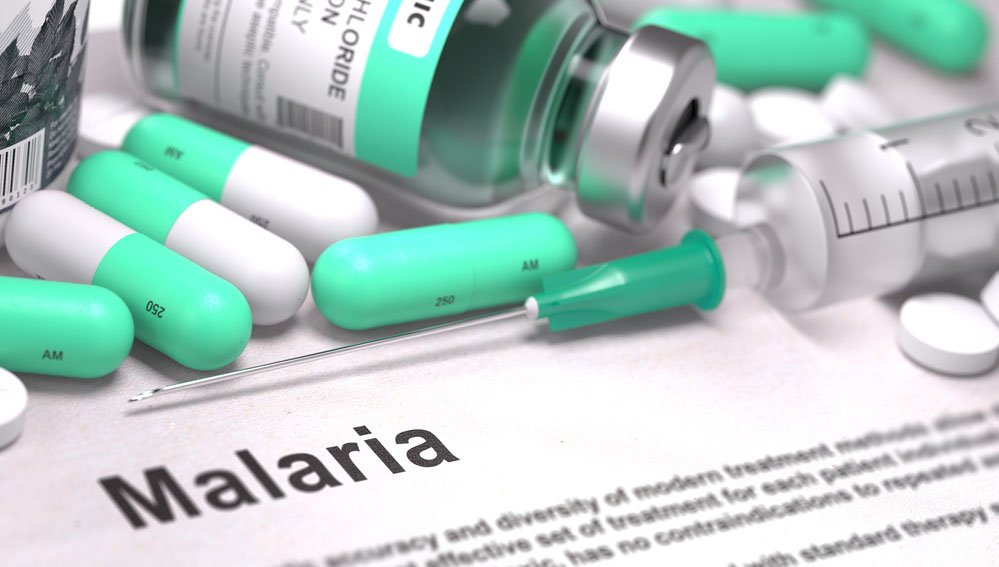 Dengue fever is another of the health problems associated with mosquitoes and their bites. You must have been bitten by an Aedes mosquito to get this illness. Before biting you, the mosquito must have been infected with dengue disease.

Symptoms of dengue fever include:

There is no specific treatment for dengue fever and no vaccine available to prevent the disease.

Dengue fever is most common in tropical and subtropical areas of the world. According to the CDC, there are approximately 20 million cases of dengue fever each year. Luckily, it is extremely rare in the United States.

Eastern Equine Encephalitis is far less frequent in the United States than West Nile Virus, other variants, or other mosquito-borne illnesses.

It’s less common, but it’s also more severe. Only 70% of those who contract this disease survive, putting people on the Gulf Coast at risk.

In severe cases, symptoms usually begin with a headache but can progress to fever, chills, and vomiting. It can also cause seizures, encephalitis, and comas.

Those who survive may suffer long-term neurological damage. This is why so many people invest in pest control to reduce their chances of contracting the disease.

In many situations, the virus does not create any indicators of illness. Many people who become infected do not experience symptoms.

In cases where symptoms do appear, infected people are most likely to experience inflammation, fever, nausea, and flu-like symptoms. It can also appear as meningitis and certain long-term symptoms.

This condition can affect both people and animals, although it primarily affects livestock. It is a very serious matter since it is a hemorrhagic fever.

Hemorrhagic fever is a condition that damages your blood vessels and causes bleeding under your skin. In severe cases, it can lead to organ failure and death.

How are individuals affected? Humans frequently come into contact with infected animals’ blood in slaughterhouses, where they may be exposed to humans. Mosquitoes can also bite people directly.

The disease itself can be asymptomatic or manifest as flu-like symptoms. In more severe cases though it can result in inflammation of the brain, ocular disease, and aforementioned hemorrhagic fever.

Yellow Fever is a disease that is transmitted by the Aedes mosquito.

The symptoms of Yellow Fever can be mild, including fevers, chills, headaches, and nausea. In more severe cases though, it can lead to jaundice, hemorrhaging, and death.

Most people who contract Yellow Fever will recover from it without any long-term health effects. However, it can be deadly in some cases.

As you can see, there are a variety of health problems associated with mosquitoes, especially their bites. Some of these diseases are more serious than others, but all of them can have a negative impact on your health. It’s important to take precautions to avoid being bitten by mosquitoes – read on to learn preventative methods.

Mosquitoes are more than just a nuisance; these pests can cause serious health problems in humans. From West Nile Virus to Malaria, mosquito-borne illnesses are a concern in many parts of the world. In the United States, there are steps you can take to reduce the number of mosquitoes on your property and protect your family from these dangerous pests.

There are a few different ways to control mosquitoes. One method is to remove their breeding sites. Mosquitoes lay their eggs in standing water, so eliminating sources of standing water on your property can help reduce the mosquito population.

Another method of mosquito control is to use traps. These devices attract mosquitoes with a light and then capture them in a net or container.

Traps are a great way to reduce the mosquito population in your yard without using pesticides. 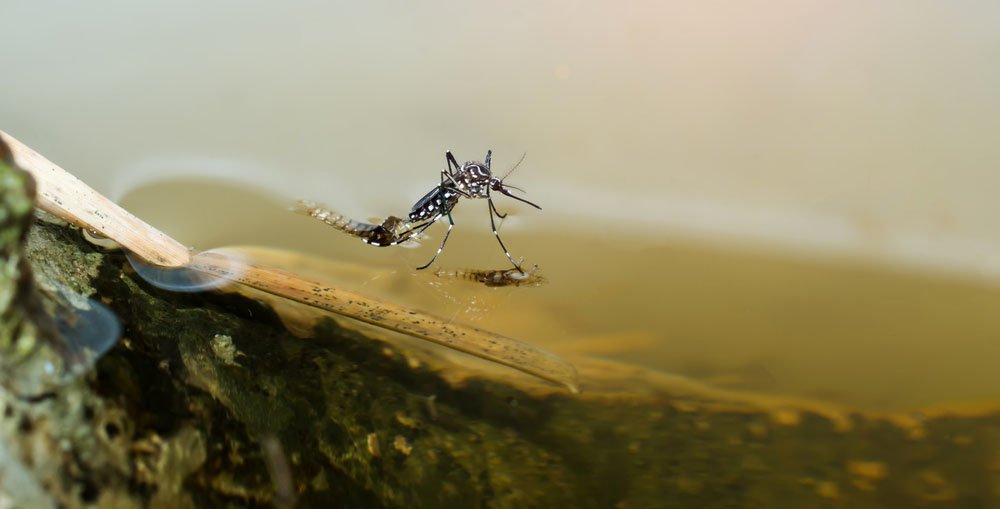 While there are numerous precautions you can personally take, sometimes you need an experienced professional.

If you are concerned about the health risks associated with mosquito bites, contact a professional pest control service like Pest Management Systems Inc. We can help you develop a plan to reduce the number of mosquitoes on your property and protect your family from these dangerous pests.

While these steps/tips will help reduce the likelihood of health problems associated with mosquitoes arising from bites, there is no guaranteed way to eliminate all risk.