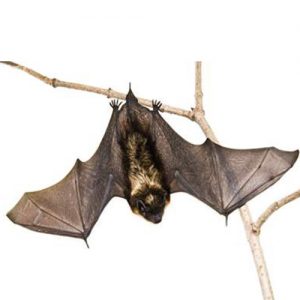 There are more than 980 species of bats worldwide with about 40 species found in the United States. The three most common species that enter structures are the little brown bat, the big brown bat and the Mexican free-tailed bat.
For centuries, bats have been the subject of folklore and myths, often associated with witchcraft, haunted houses, and evil. These myths still exist today and cause unfounded fear in many people.
It is important to contact PMi’s wildlife department if you are experiencing a bat infestation as there are legal guidelines for safe removal.

Different bat species living across the United Stated roost in dark secluded areas of buildings and in naturally protected areas like caves.

PLEASE NOTE: In North Carolina is it illegal to move bats during their mating season.

Little brown bats: This species roosts in tree cavities and crevices during the warmer months and seeks shelter in caves and mines to hibernate.

Mexican free-tailed bats: This species usually lives in huge colonies where the young are raised. In the southeast and on the west coast, these bats can be found hiding in structures, but from Texas to Arizona they seek shelter in caves.

Bats can pose a serious health threat to humans if they are found inside a structure. Fungi that harbors in bat droppings can cause lung disease, histoplasmosis. An accumulation of droppings should be professionally decontaminated and removed.

A small percentage of bats are also infected with rabies but may not show symptoms. Rabies can be transmitted when saliva or even the body tissue of an infected animal meets another animal or human. Therefore, it is important to seek medical attention if you’ve had any unprotected, physical contact with a bat.

In addition, if an infestation develops, it is important to treat the area for bat mites and bat bugs, which will bite humans.