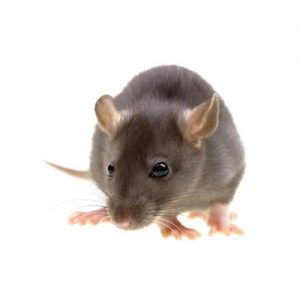 What are Roof Rats?

The roof rat is the smaller of the two commensal rats, as the Norway rat is larger in size. Roof rats are also referred to as black rats or ship rats. The roof rat gets its name from its tendency to find shelter in the upper parts of buildings. Once inside, roof rats not only damage materials by gnawing through them, but they also contaminate stored food and serve as vectors of dangerous diseases.
Roof rats are thought to be of Southeast Asian origin, but they are now found worldwide, especially in the tropical regions. Roof rats are common in coastal states, seaports and the southern third of the country.

Roof rats are long and thin rodents that have large eyes and ears, a pointed nose and a scaly tail. Roof rats have soft and smooth fur that is typically brown with intermixed spots of black. Their undersides are often white, gray or black.

There are many key indicators of a roof rat infestation in the home. First and foremost, seeing an actual rodent, dead or alive, is a telltale sign of a potential roof rat problem. Another common sign of a roof rat infestation is the presence of droppings around the home. Fresh roof rat droppings are soft and moist, whereas old droppings are hard and dried. The droppings usually measure about ½” (12-13 mm) and have pointed ends. Droppings from Norway rats are larger – measuring about ¾” (18-20 mm) with blunt ends. The discovery of gnaw marks, damaged goods, nests or greasy rub marks also indicates roof rat activity. Other common signs of an infestation are noises in the attic or house walls and damaged electrical wires.

How to Get Rid of Roof Rats

To prevent a roof rat infestation, seal up any holes or cracks larger than a quarter with silicone caulk and be sure that all windows and vents are screened. Keep trees and shrubs trimmed away from the building and cut back limbs overhanging the roof. Roof rats are drawn to any accessible food sources, so clean up fruit that may fall from trees in the yard and keep garbage in tightly covered receptacles. Be sure to also store pet food and other dry food in sealed containers. Additionally, eliminate any outdoor sources of water such as leaky sprinkler heads, pet water dishes, and birdbaths

Roof rats are primarily nocturnal and thrive in cool weather. They forage for food in small groups of up to ten and tend to return to the same food source time after time, following the same pathway between their nest and food. Though their excellent climbing abilities allow them to easily access the upper parts of structures, they are also highly adaptable and can survive in a variety of environments.

Typically living in colonies, roof rats prefer to nest in the upper parts of buildings, such as attics and rafters. They can also be found under, in and around structures, as well as in piles of wood or debris. Generally preferring sheltered or covered habitats, roof rats are attracted to lush landscapes, dense vegetation, and fruit trees. As a result, properties with heavy shrubbery, woodpiles, and storage boxes are more prone to roof rat infestations.

When looking for indoor shelter, roof rats will enter structures through any access point larger than a nickel. Seeking safety from predators and places to nest, they enter garages, sheds, and homes by following pipes or gnawing through materials such as drywall, aluminum siding, and wood.

Roof rats only live up to one year but have the ability to produce as many as 40 new offspring during their lifetime.

Roof rats secured their place in history by spreading the highly dangerous bubonic plague. Though transmission is rare today, there are still a handful of cases in the U.S. each year. Roof rats can also carry fleas and spread diseases such as typhus via fleas, infectious jaundice via urine in water or food, rat-bite fever via bites, trichinosis via undercooked pork and salmonellosis via droppings. Additionally, these rodents can cause food poisoning by contaminating food or food preparation surfaces.

Like many other rodent species, roof rats may show aggression when threatened. In self-defense, they may bite or chase. Diseases including rat-bite fever can be transmitted through a roof rat bite or scratch. Symptoms of rat-bite fever include vomiting, headache, fever, and muscle and joint pain.