Poisonous spiders are found all over the globe and may cause serious medical problems for bite victims. A bite from a poisonous spider can be dangerous and cause a range of symptoms including pain, redness, and even muscle cramps.

If you live in the state of North Carolina, it’s important to get the facts about the poisonous spiders near you.

Read on to learn more about the most common poisonous spider types found in North Carolina, so you can be prepared.

The black widow is one of the most common poisonous spiders in North Carolina. This spider has a large, shiny black body with a red hourglass-shaped marking located underneath the abdomen.

In terms of size, males are smaller than females. Most adult females have a body length of approximately one-half inch. Males and young black widows will always be smaller, which may make them difficult to identify.

Where do Black Widow Spiders Live?

Most black widow spiders want to be undercover, so they’re often found underneath rocks, in dense plant growth, or under wooden boards and structures. But these spiders often nest in outdoor equipment boxes for things like cable, electrical, and telephone equipment.

A female black widow spider can produce anywhere from 250 to 750 eggs. The eggs hatch in around two to four weeks. If temperatures are warm, hatch times are typically shorter.

Black widows snatch their prey by spinning a large web that they use to trap insects or even other spider species. Once the victim is trapped in the web, the black widow injects it with venom. This potent venom paralyzes the victim.

Since the black widow is one of the common poisonous spiders found in North Carolina, it’s important to know the symptoms of a bite. The venom of these spiders affects the nervous system which can cause pain in the lymph nodes.

Some people may not even realize they’ve been bitten by a black widow spider. But others may experience a range of symptoms including severe pain at the bite location, redness, and swelling. There may also be a whitish ring around the bite location.

If you think you’ve been bitten, look for a bluish-red spot and symptoms like elevated blood pressure, tremors, and sweating. Adult females create the most painful bite, but males will also bite you, too. Consider hiring a pest control service to help eradicate these spiders if you see them in or near your home.

Another of the most common types of poisonous spiders in North Carolina is the brown recluse. This spider is commonly found throughout the eastern portion of the United States.

The adult brown recluse is usually between 1/4 to 1/2 inches in size. You may recognize this poisonous spider by its dark violin or fiddle-shaped mark located on the top of its back. These spiders have six eyes separated into three pairs, and they tend to come out at night to feed.

While you can find brown recluse spiders in North Carolina, they are much less common than the black widow. Many spiders resemble the brown recluse, but they are not the same species. 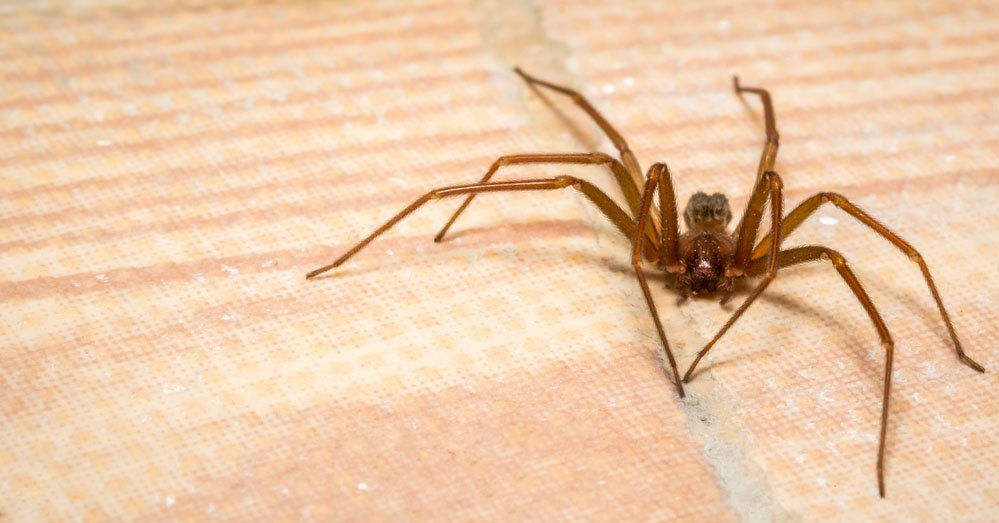 Where to Look for the Brown Recluse

Most brown recluse spiders live under rocks, in debris, or in woodpiles outdoors. Indoors, they can be found in attics, bathrooms, or in storage areas like closets and pantries.

In most cases, people are bitten by a brown recluse when they startle the insect by disturbing their environment. You may be bitten if you run into one hiding inside shoes, piles of clothing, or cardboard boxes. If you think they’re lurking in your North Carolina home, contact PMi as soon as possible.

Make sure you keep woodpiles far away from your home. Declutter and clean your home thoroughly to avoid giving the brown recluse spider an easy place to nest.

Most people are bitten by a brown recluse on the hands, lower abdomen, underarms, or ankles. Some people might not notice symptoms until three to eight hours after they’re bitten.

A brown recluse bite will become red, swollen, and very tender. You may also experience blistering of the skin or become feverish and nauseous. A necrotic lesion can occur, which may require surgery and several treatments to correct the issue.

If you suspect that you’ve been bitten by this poisonous spider, wash the area with mild soap and water immediately. If your symptoms become intense or get worse, contact a medical professional right away.

Thankfully, brown recluse spider bites are not as common as you think. Bites from these poisonous spiders in the United States are quite rare. But it’s still important to schedule regular pest inspections and use a pest control service to keep them at bay. 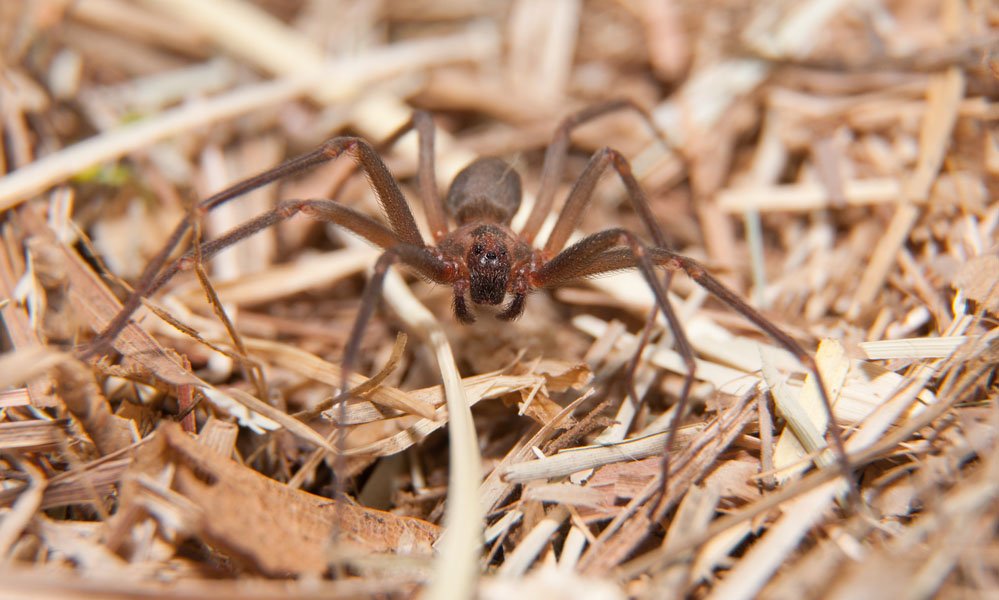 Protect Yourself from Dangerous Spiders

The infamous black widow and brown recluse are the most common poisonous spiders in North Carolina. With some diligence and research, you can identify and prevent these dangerous spiders from getting into your home.

If you’re a North Carolina homeowner, you can rely on the professionals at Pest Management Systems. Be sure to contact us today or visit our quick quote page to find out more about our rates and services.

While these tips, steps, or education will help, there is no guaranteed way to eliminate all the risks.